By the end of the week Cardano Foundation was streaming back to back important updates. Daedalus has now a better stake pool ranking mechanism and final changes into the 1.24.1 version of the cardano-node were implemented.

On December 12, Cardano Foundation announced that it has officially entered the DeFi following a partnership with Bondly Finance – an interoperable, cross-chain swap protocol powered by Polkadot.

December didn’t go well for ADA, as the token’s value against the US Dollar dropped by nearly 10%. Yet today, ADAUSD is showing some strength and is looking towards the test of December’s highs at $0.172480.

As seen on the daily chart below, there are no signs of the weakness of ADA, instead it is clearly expressed that ADAUSD is yet to show a new bullish run. On November 27 and December 8 the pair tested the dynamic resistance as support and in both cases, after the test, the price bounced.

The price action on a 4-Hour chart already pointed at a continuation of the bullish run amid a breakout from the downtrend channel and is currently testing the dynamic resistance of November 24. 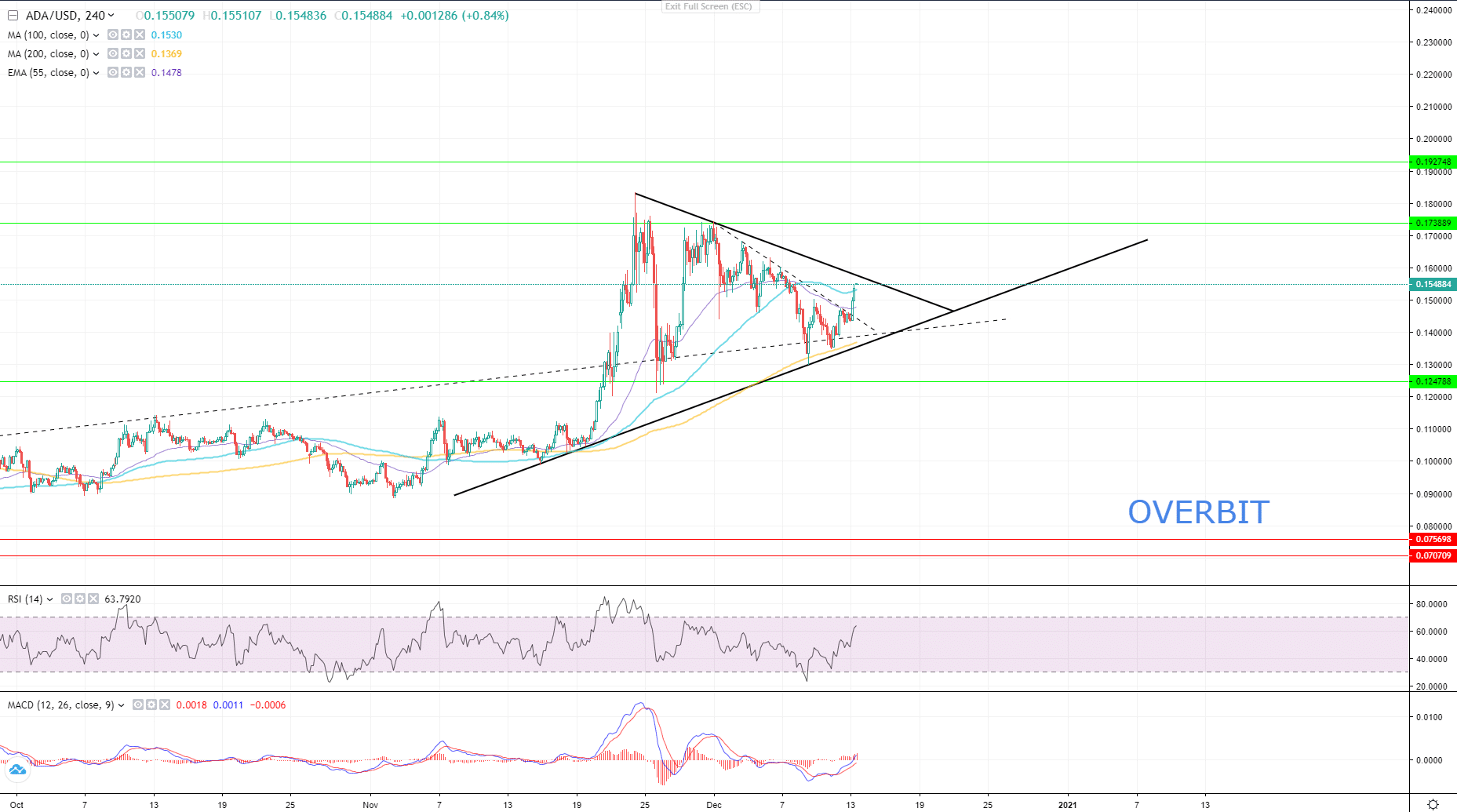 The continuation of the bullish trend might be supported by a running on weakening of the US Dollar Index. The Dollar Index is yet under pressure as Covid-19 new cases and daily deaths in the US hit new highs and governors of some states such as NY are closing businesses they had reopened after spring lockdowns.

Bank of Japan Set to Begin Experimenting with CBDC

What Happens to a Social Token When Its Creator Dies? — CoinDesk