Up until Monday morning, Bitcoin had a substantial likelihood of continuing its bull run towards $11,800. But the sentiment flipped after a sharp downside move.

The cryptocurrency fell by 2.26 percent to $9,114 in the early morning trade, pointing to more losses ahead as it invalidated a critical bullish technical pattern called Ascending Triangle. Against an original upside target towards $11,800, Bitcoin broke below the Triangle’s support. 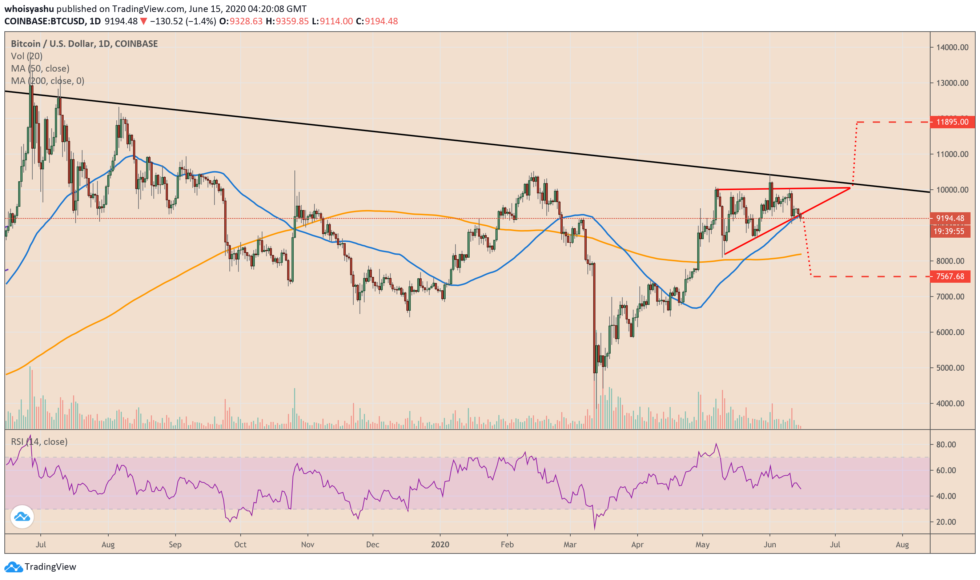 Breakdowns in the Ascending Triangle typically lead an asset’s price to as low as the height of the pattern. In the current scenario, the maximum height of the Triangle stands near $1,800. That roughly puts Bitcoin’s downside target towards $7,500 after its bearish move.

More Reasons to Be Bearish

A prominent analyst in the cryptocurrency market highlighted a string of reasons why Bitcoin could continue its fall after breaking below the Ascending Triangle’s support level.

The pseudonymous trader noted that the “diagonal support has [now] turned into resistance,” and Bitcoin’s attempt to break above it all over again stands rejected. Meanwhile, the cryptocurrency’s downside move also took it below the 50-daily moving average, a long-standing price floor. 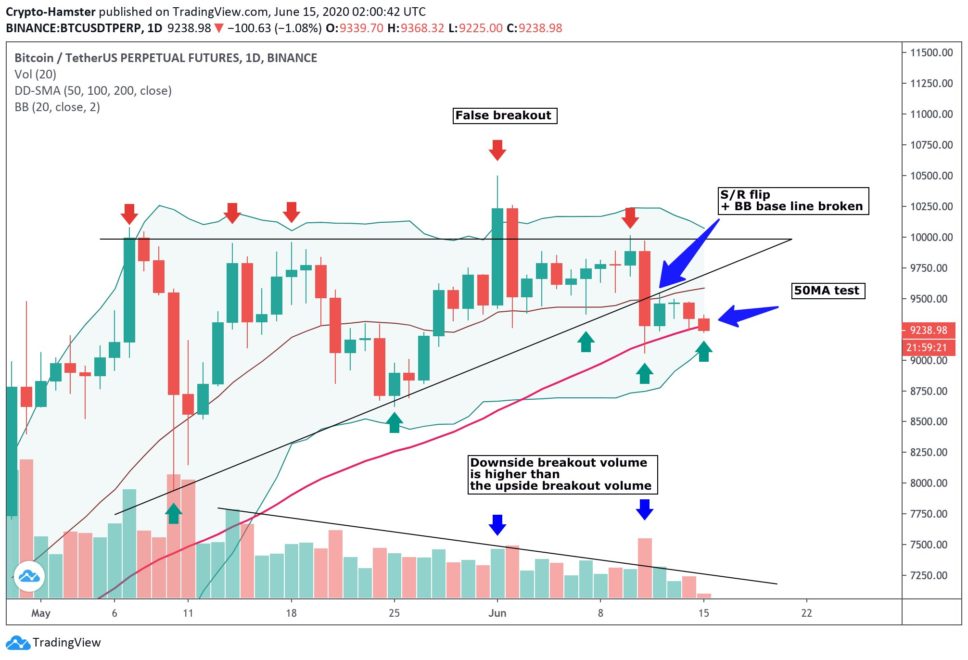 Bearish technicals also took its cues from the dives in the U.S. stock market.

Bitcoin’s losses almost tailed the ones noted in the S&P 500. The cryptocurrency reversed its uptrend after testing $9,481 on Sunday, right around the time the futures tied to the S&P 500 opened negative, now down by 1.21 percent as per CNBC pre-markets data. 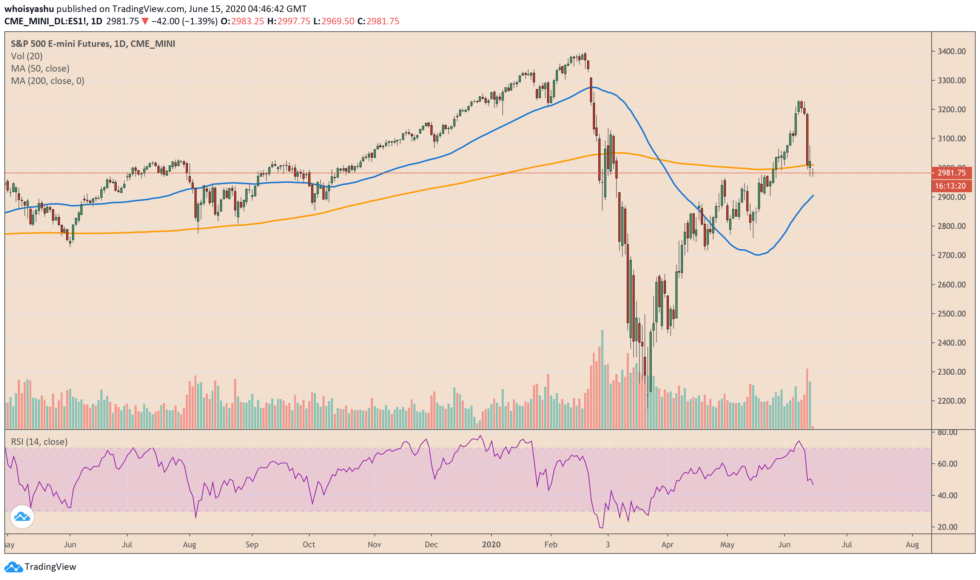 The bearish moves point to a weaker opening for the U.S. stocks on Monday. Analysts believe it is due to investors’ fears of a second wave of virus infections amid the reopening economy.

“The meltup may need to take a break, as sentiment has turned too bullish too rapidly,” Ed Yardeni president and chief investment strategist at Yardeni Research, said in a note Monday.

“Now that reopening is happening, there’s the fear of suboptimal results: less social distancing triggering a second wave of the virus, followed by another round of lockdowns.”

Bitcoin has followed the S&P 500 in its losses and subsequent recovery since March 2020. Nevertheless, with bearish predictions coming in for the U.S. stocks, the cryptocurrency, too, risks a deeper downside correction.