Bitcoin Bulls Defend Critical Support; Here’s Where it May Go Next

Bitcoin and the aggregated cryptocurrency market has seen some turbulence over the past few days.

After attempting to break above $12,000 this past weekend, BTC found itself caught within a downtrend that ultimately led it as low as $11,200 overnight.

This downtrend signals that the selling pressure at this key near-term resistance is growing stronger by the day.

Once bulls do successfully break above this level, it is highly likely that the cryptocurrency will begin its next leg higher.

While speaking about this possibility, one analyst explained that he does believe BTC’s macro market structure still remains highly bullish.

At the time of writing, Bitcoin is trading up just over 1% at its current price of $11,500. This marks a notable climb from daily lows of under $11,200 that were set yesterday.

The selloff that drove BTC to these lows started as a slow descent this weekend following the $12,000 rejection, and its intensity began ramping up as the week got started.

Ultimately, the benchmark cryptocurrency plunged to lows of $11,200 before finding major support.

As BTC declined, analysts warned that it could be prone to seeing further downside if its 89-day EMA and cloud median were not defended.

Both of these levels were tapped right before BTC rocketed back up to $11,500.

“Heavier retrace than I expected upon failed breakout. Failure to bounce from here (89ema/median of cloud) we will be revisiting 10.8K area (200ema/support of cloud). The cloud is your friend,” one trader said. 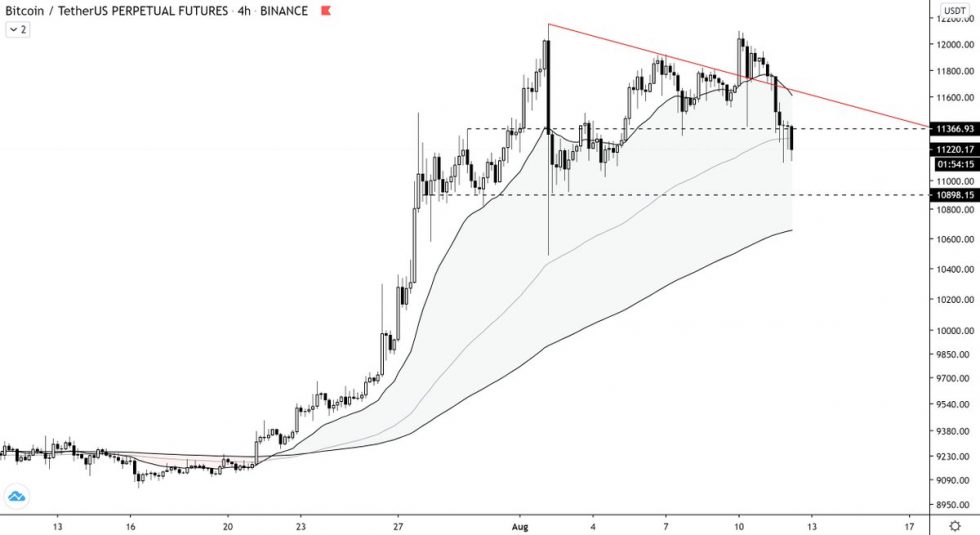 BTC’s Macro Structure Likely to Lead it Back Towards $12,000

Another analyst also explained that the bounce at these crucial technical levels has bolstered its outlook.

“BTC / USD: $11,250 still acting strong as support, the only issue we have here is that currently PA is at this EQ region that was previously strong support, currently seems to be showing some signs of resistance but nothing confirmed. HTF bullish structure remains for now.” 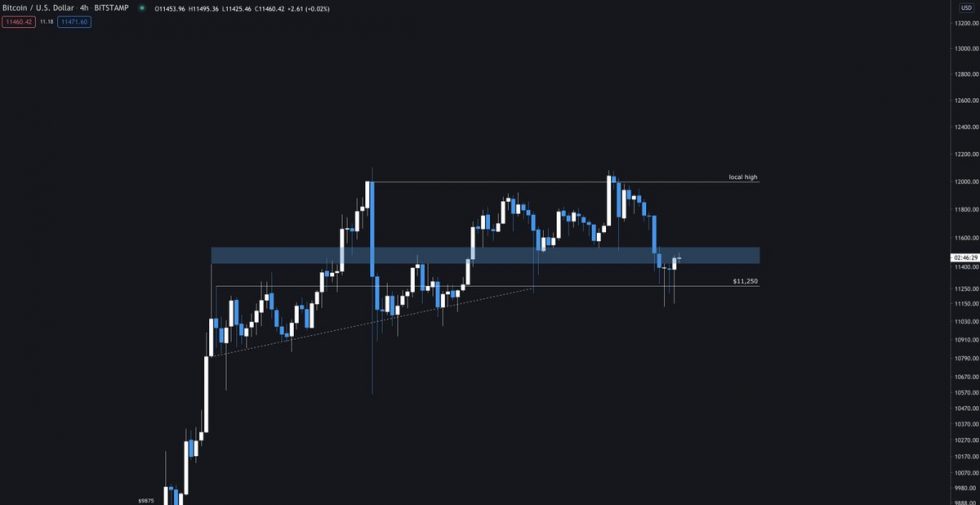 As long as Bitcoin doesn’t retrace back down to $11,200 and break below this price level, the crypto is poised to push back towards its range highs.