Bitcoin has continued trading around $9,400 overnight, struggling to garner any clear momentum as its buyers and sellers both reach an impasse.

It is important to note that recent events taking place with regards to its price action have offered some insight into the strength of its underlying market structure.

The latest rejection at $10,000 caused it to dip as low as $9,000. Although buyers quickly stepped up and propelled it back up to its current price region, this downside movement marked a break below a multi-month trendline.

Furthermore, an analysis of the cryptocurrency’s Renko chart also points to underlying weakness, as it suggests that BTC has formed a decisive top that will be followed by further downside.

At the time of writing, Bitcoin is trading down by just under 1% at its current price of $9,400.

This marks a slight decline from daily highs of over $9,500 but is around the price point at which it has been trading at throughout the past few days.

Analysts are widely noting that the cryptocurrency is currently weak due to the consecutive rejections around $10,000 that have been posted throughout the past several weeks.

Although in the past these rejections have done little to alter Bitcoin’s underlying market structure, the latest rejection it posted caused it to decline beneath a key ascending trendline that had been guiding its multi-month uptrend.

One trader spoke about this in a recent tweet, noting that it is vital for buyers to recapture the $9,500 region in order for them to have a chance at climbing back above the trendline.

“Short term bias is bearish as long as previous support is resistance – vital for bulls to reclaim 95xx,” he explained while pointing to the chart seen below. 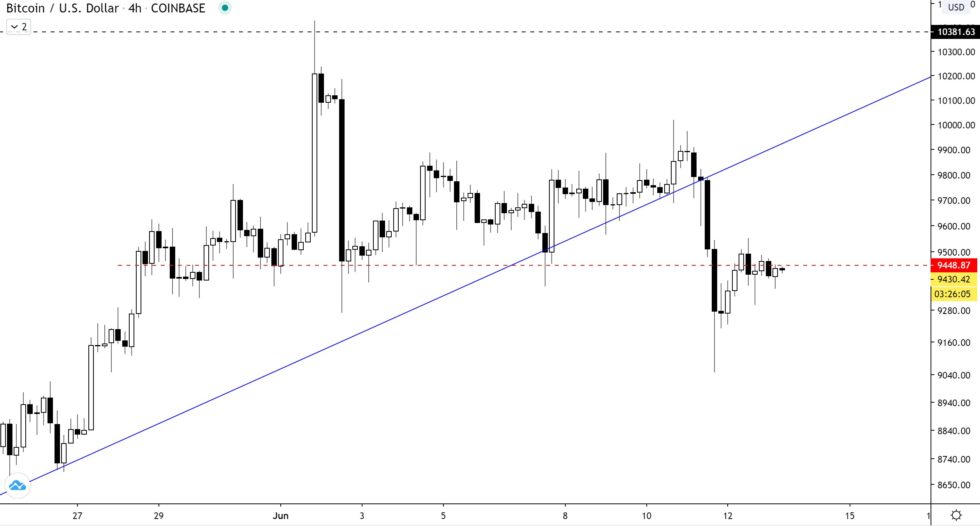 This Chart Suggests BTC Has Formed a Mid-Term Top

As such, unless buyers step up and send Bitcoin surging higher, this formation signals that a downtrend is imminent in the days and weeks ahead.

“Without compounding the obvious, without a spike to undo the developing BTC divergence, this is the top,” one popular trader said while offering the chart seen below. 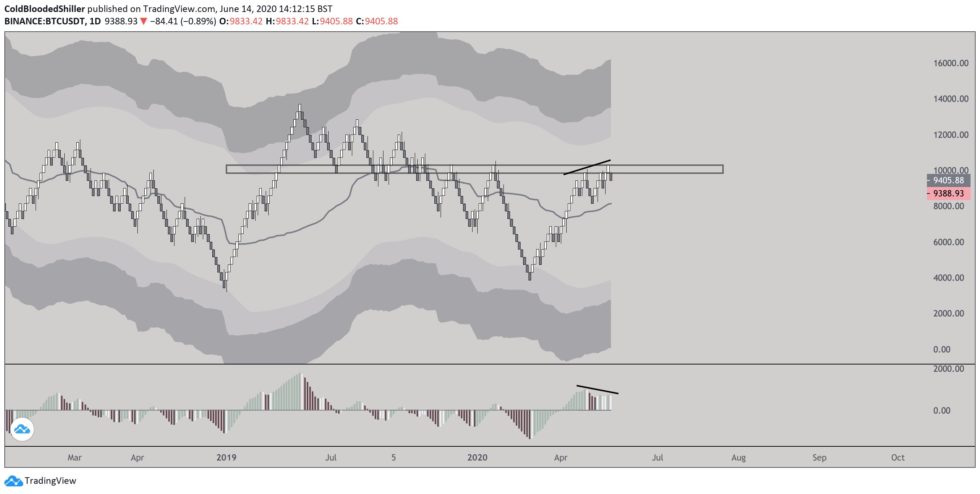