Bitcoin Just Posted the “Most Important Breakout” in BTC History

Bitcoin and the aggregated cryptocurrency market are currently consolidating after BTC, ETH, and other altcoins ran into insurmountable resistance this past Saturday.

Despite the selling pressure here being heavy, it is essential to note that the cryptocurrency remains technically strong, as it has yet to see any harsh rejection.

As for what this means for where it may trend next, one trader is expecting it to see some near-term downside before it can push any higher.

There is one recent technical development, however, that shows BTC dips are for buying in the near-term.

The benchmark digital asset was just able to break out of a multi-year bull pennant, which analysts claim is a crucial factor to consider in the near-term.

At the time of writing, Bitcoin is trading up marginally at its current price of $11,850. This is around the level at which it has been trading throughout the past several days.

Last weekend, BTC ran as high as $12,000 before it hit insurmountable resistance that sparked the ongoing consolidation phase.

One analyst is now noting that he expects BTC to retest its support at $11,350 before it can rally past the resistance it is currently facing.

“Breakout from range confirmed when: successful retest of resistance as support (bouncing from it). Bounce closes higher than previous high.” 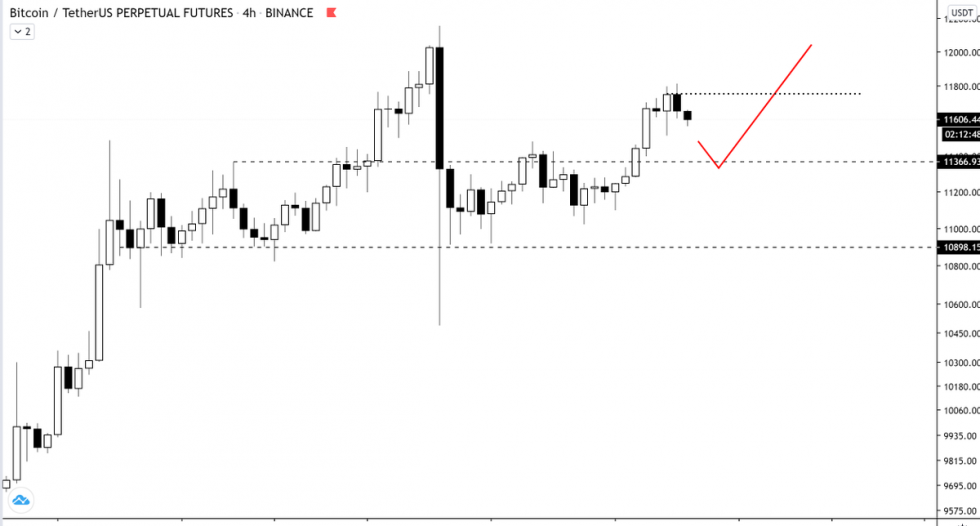 Another analyst recently pointed to Bitcoin’s recent ability to break above a descending trendline and bull pennant that has been formed since the 2017 peak, calling it the “most important breakout in BTC history.” 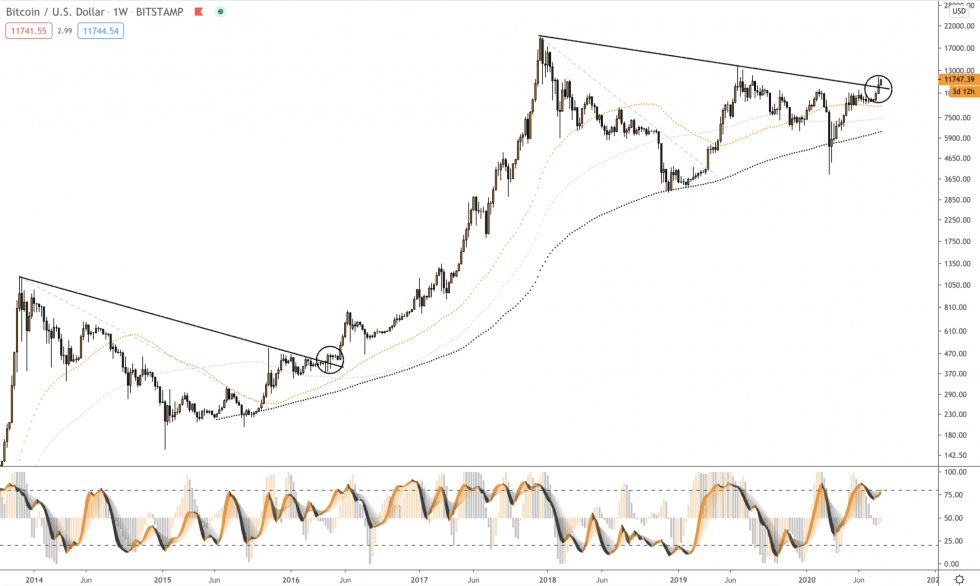 As seen on the above chart, the cryptocurrency saw a similar breakout in June of 2016, which is what sparked the massive uptrend that ultimately resulted in Bitcoin seeing a parabolic move to $20,000 in late-2017.

If history rhymes, this could mean that Bitcoin is entering the early phases of its next major bull trend.