Bitcoin and the aggregated crypto market are starting to lose their sense of direction, with both major and minor altcoins all seeing incredibly mixed performance over the past week.

This has offered little insight into the cryptocurrency’s mid-term trend, and the strong momentum seen in recent weeks is starting to falter – or so it seems.

Analysts are now growing somewhat bearish on the benchmark cryptocurrency.

One trader is noting that a movement to $10,000 could be imminent in the days ahead unless bulls can spark a sharp upwards rally.

Another analyst is highlighting the importance of BTC’s inability to break the crucial region between $11,700 and $11,800.

At the time of writing, Bitcoin is trading down 1% at its current price of $11,460. This is around the price at which it has been trading at throughout the past several days.

Yesterday, bulls attempted to push it past its resistance at $11,700 but failed, with the crypto subsequently reeling down towards its support at $11,200.

This level held strong, but BTC does appear to be growing increasingly weak.

One analyst noted that this recent price action highlights the importance of the region between $11,700 and $11,800. 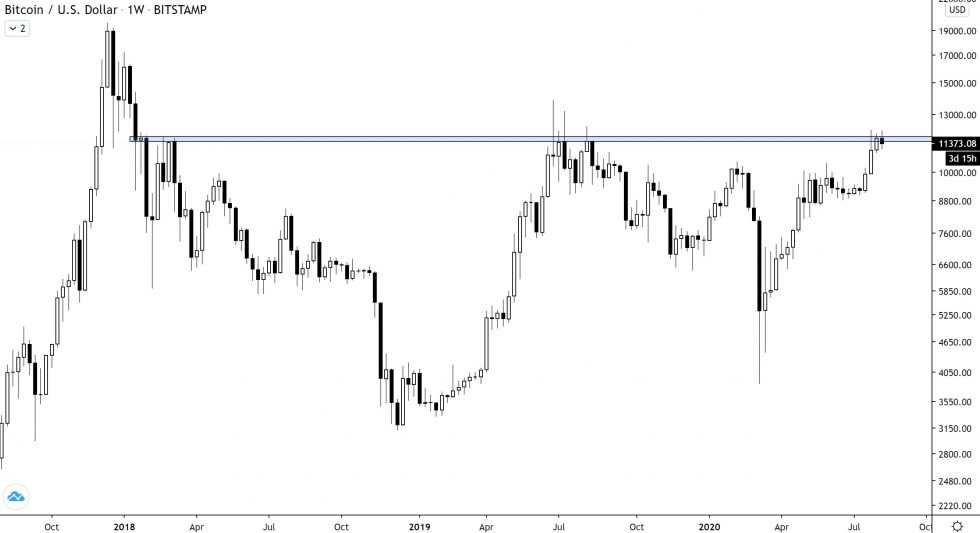 Another analyst recently offered a grave outlook for the benchmark cryptocurrency.

He notes unless Bitcoin sees further upside in the near-term, it now looks poised to see a decline down towards $10,000.

“BTC / USD: Another retest of this $11,250, seems as though bears are really trying to get price to see a larger correction, still getting bought back by bulls, but for how long? I think it’s a strong possibility that we see low $10,000 unless we see some upside momentum soon.” 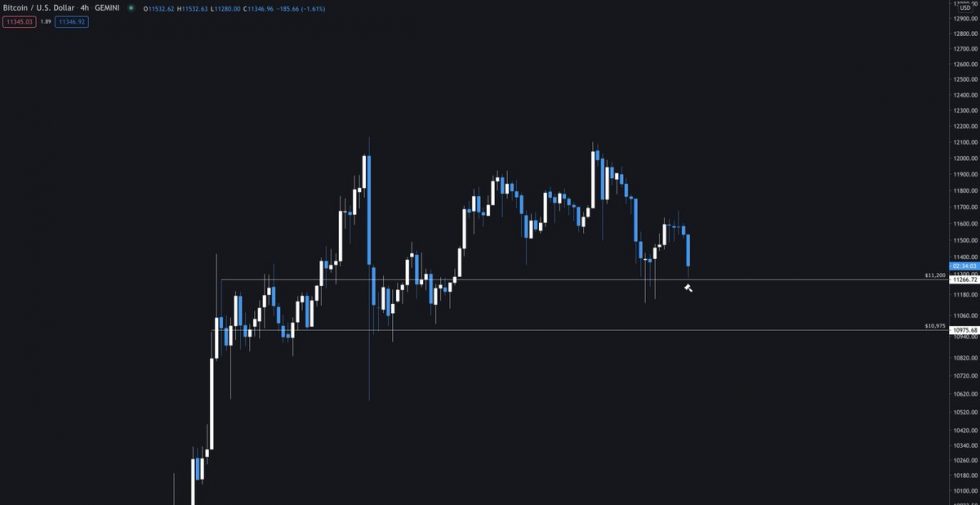 How Bitcoin trends in the coming few days may reveal more insight into whether or not the $11,700 level will remain insurmountable in the near-term.

Elon Musk Cashes Out $3M in Indemnity Fee from Tesla