Bitcoin On the Cusp of Facing Another Wave of Intense Selling: Analyst

Bitcoin is currently in a precarious position. Following what appeared to be a strong rebound, the cryptocurrency has erased its strength and drifted lower, finding some support at $33,000.

This marks an over 10% decline from its overnight highs set at the peak of the recent rally.

This decline may also mark the start of the second wave of selling, as one on-chain analyst who forecasted the last decline is now noting that on-chain data suggests miners may continue dumping their holdings.

At the time of writing, Bitcoin is trading down just over 4% at its current price of $33,800. This marks a notable decline from overnight highs of $36,500.

The crypto set these highs following yesterday’s dip down to $30,000. The cryptocurrency is now trading squarely between these two levels.

This may represent a new trading range for the crypto, although it remains unclear as to whether or not bulls will be able to guard against a break below its support.

While sharing his thoughts on where Bitcoin will trend next, one on-chain analyst explained that he is now watching for a deeper selloff.

He notes that miners have yet to stop selling and could absorb any buy-side support from retail investors.

“Nothing has been changed since yesterday. Miners are selling, no significant stablecoin inflows, no Coinbase outflows, and 15k BTC flowed into exchanges since yesterday. We might have second dumping.” 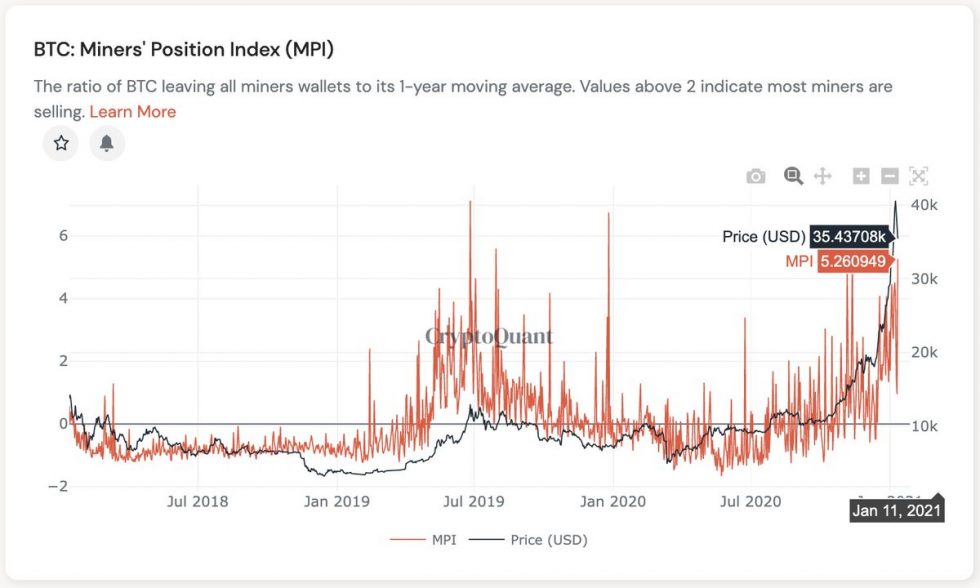 If $30,000 continues being defended as key support, it could allow for Bitcoin to see significantly further mid-term upside.