Bitcoin investors keen to profit from Joe Biden’s presidency have received another bullish update from the oval office: a $3 trillion government spending package.

According to two sources in the White House, Mr. Biden is considering a plan from his top advisors to boost infrastructure, clean energy, childcare, and education with another stimulus. The additional fiscal support, which follows the US president’s $1.9 trillion coronavirus aid, would address structural insufficiencies affecting the US economy.

“Relief is headed out the door thanks to the American Rescue Plan, and @POTUS [the president] is focused on building our economy back better, and ideas he talked about on the campaign trail, from investing in infrastructure to caregiving to making sure the tax code rewards work and not wealth,” Jen Psaki, White House press secretary, said on Twitter on Monday.

“[His] focus will be on jobs and making life better for Americans,” she added. “He considers a range of options, scopes, and sizes of plans and will discuss with his policy team in the days ahead. Still, speculation is premature, given @POTUS does not plan to layout additional details this week.”

Another Bitcoin Boom on Cards?

The cash injections, coupled with the ongoing money supply from the Federal Reserve, expect to increase inflation, lifting appeal for hedging assets like bitcoin.

More tailwinds for the cryptocurrency could appear as the US central bank remains committed to tolerating inflation above 2 percent, meaning it would not introduce any rate hikes to contain it. The Fed maintains benchmark lending rates near zero and wants to keep them intact until 2024. Bitcoin does well in an ultra-low rate environment because it pressures the dollar lower. 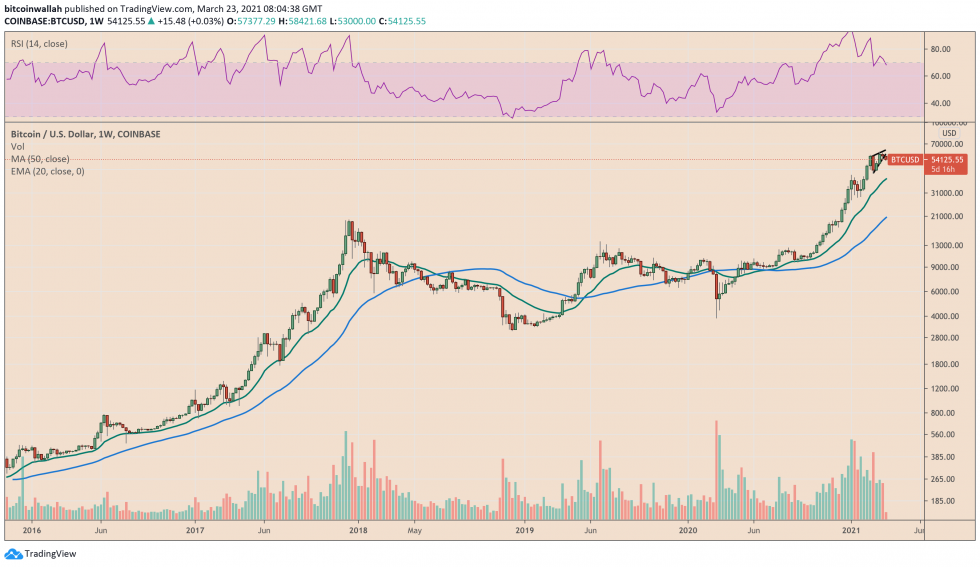 For instance, the US dollar index, a barometer to gauge the greenback’s strength against a pool of top foreign currencies, declined by more than 12 percent from its March 2020 top, after the Fed launched its super-low interest rate policy. The same period saw Bitcoin’s rate against the dollar surge by more than 1,500 percent.

…if the dollar falls, US stocks bought and sold in the currency would be worth lesser to foreign investors. Corporates with massive cash piles would also face declines in the value of their balance sheets. Bitcoin could emerge as an insurance asset for entities looking to offset the dollar devaluation risks.

Having won a crucial Senate race, Mr. Biden, a Democratic leader, now controls both the House and the Senate.

This should allow him to pursue aggressive spending plans despite potential resistance from the Republicans. The President partially wants to fund the packages by raising corporate taxes from 21 percent to 28 percent and individual taxes on Americans with an annual income of more than $400,000.

The correlation between BTC/USD and the US dollar index is -0.3, according to Coin Metrics. That indicates an inverse relationship between the two instruments.