Bitcoin has making its way back into the mid-$9,000 region after a brief period of intense weakness as it traded within the lower-$9,000 region throughout late yesterday.

The cryptocurrency bore witness to an intense influx of selling pressure yesterday that caused it to decline down to lows of $9,000. This came about in tandem with the selloff seen by the stock market.

It is important to consider that buyers were able to post an ardent defense of its recent lows and its rebound towards $9,500 is a positive sign.

Bulls now need to confirm the benchmark cryptocurrency’s monthly open at $9,400 as a support level and it could be well on its way to reaching one trader’s next target of $11,000.

Yesterday, Bitcoin plummeted from daily highs of $10,050 to lows of $9,000. This drop came close on the heels of the over 5% decline seen by many of the major stock indices.

It also marked a bearish resolution to the long-held consolidation channel that the crypto had been caught within around $9,700.

Presently, Bitcoin is trading down just under 3% at its current price of $9,470.

Analysts are noting that the rebound seen overnight could play in bulls’ favor, as it may allow the crypto to confirm its monthly open at $9,400 as a level of support.

If this occurs, it could provide BTC with major momentum.

“Turn the monthly into support and we can have [bull] dreams again,” one popular trader noted while pointing to the chart seen below. 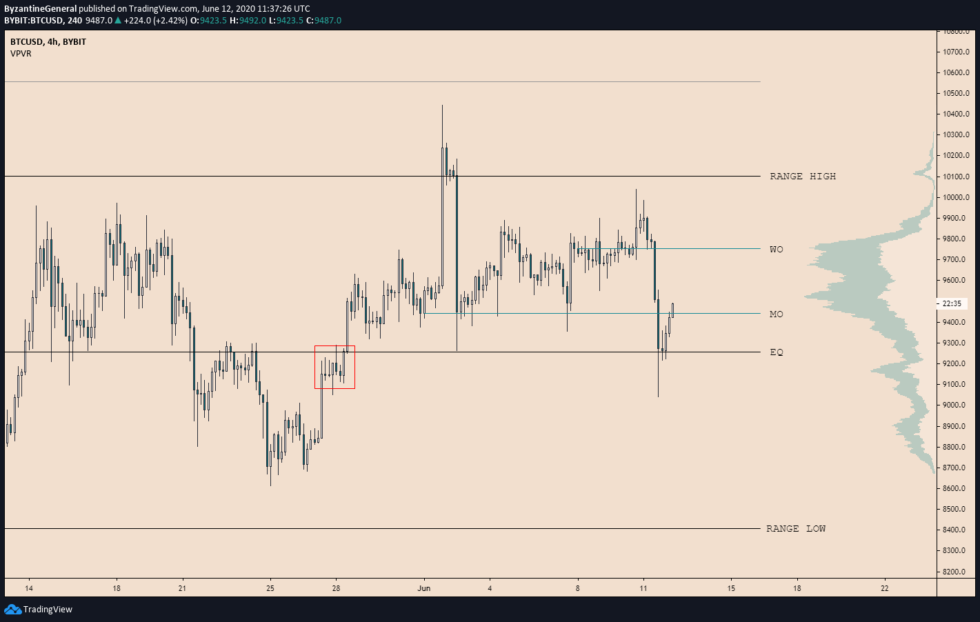 The next high time frame price level that analysts are closely watching for sits at $11,000.

Although there is significant resistance lying between Bitcoin’s current price and these highs, one analyst there is a strong chance that this is where BTC ventures next.

He reasons that the strength needed to propel it up to these highs will be provided by the consistent closes above its 50-day moving average that it has been posting. 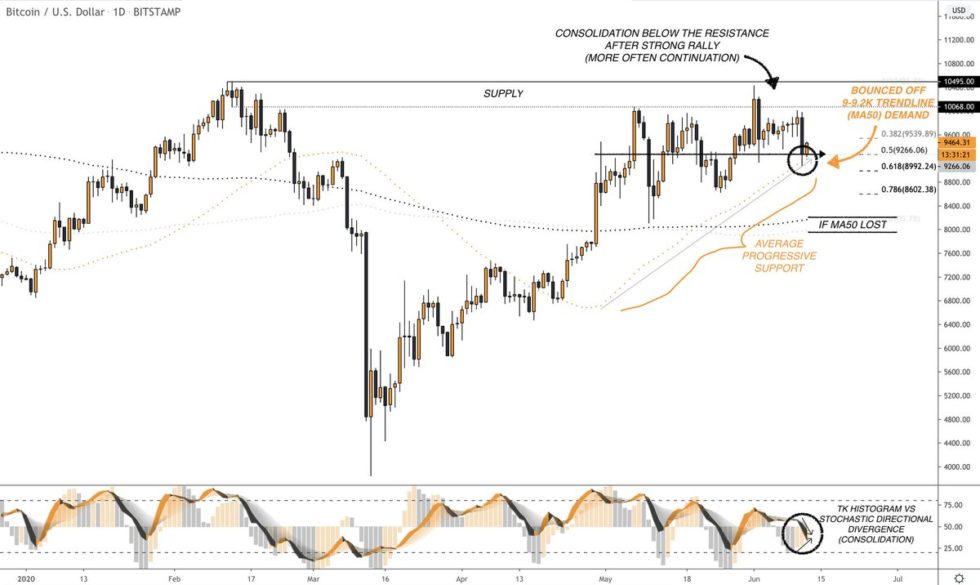 His chart does show that a failure to hold above this key MA could spark a movement down to $8,000.