Bitcoin Starts Week Under Pressure But A $12K-Retest is Likely; Here’s Why

Bitcoin has started the new week in mildly positive territory even as the US dollar continues to find fresh bids.

The benchmark cryptocurrency was up $27.43, or 0.24 percent, to trade near $11,677. Meanwhile, the US dollar index, which pits the greenback against a basket of foreign currencies, surged 0.01 percent.

The steadiness in the US dollar appeared as traders awaited for further guidance from the Federal Reserve monetary policy as their top officials sit for an annual Jackson Hole meeting. The greenback surged last week on stronger-than-expected business activity and home sales.

Junichi Ishikawa, the senior foreign-exchange strategist at Tokyo-based IG Securities, called the dollar’s rise a “short-term bounce,” stating that the greenback merely retreated from its technical support against the Euro. He added the fiat would remain under pressure of falling as long as the Federal Reserve stays dovish.

“In the long term, the dollar will resume its decline because the Fed has to commit to aggressive easing for a very long time,” said Mr. Ishikawa.

Prospects of continued monetary support from the central bank have proved bullish for safe-havens so far. Gold, one of the top hedging assets, established an all-time high earlier this month as investors moved away from the US dollar, fearing its devaluation in the long-term.

Bitcoin, an emerging safe-haven asset, also hit a fresh year-to-date high above $12,000 on a similar inflationary outlook. The cryptocurrency also established an uncanny negative correlation with the US dollar index, proving that a stronger BTCUSD took cues from a weaker greenback. 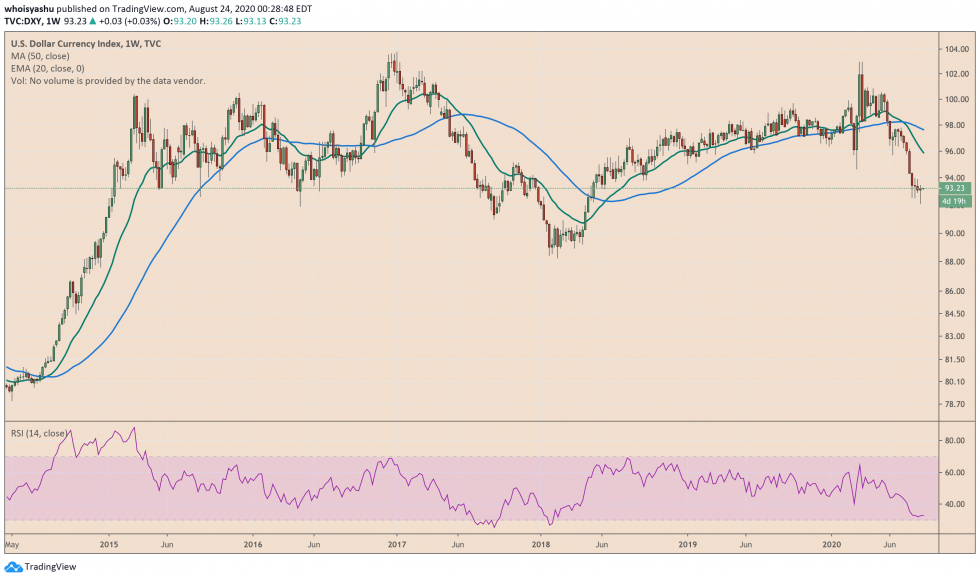 US dollar index bounces back after falling 10.55% from its March top. Source: TradingView.com

A renewed buying sentiment in the dollar market has eased Bitcoin’s uptrend. That, coupled with a relatively higher selling pressure above the $12,000-level, has led the cryptocurrency’s price lower. Nevertheless, it continues to hold above key technical support levels between $10,500 and $11,400.

“One thing I’ve noticed is that we seem to bounce at support when we spend this much time resting on it,” one pseudonymous trader said about Bitcoin. “For now, I’m left to assume at least a short term bounce up from this zone.” 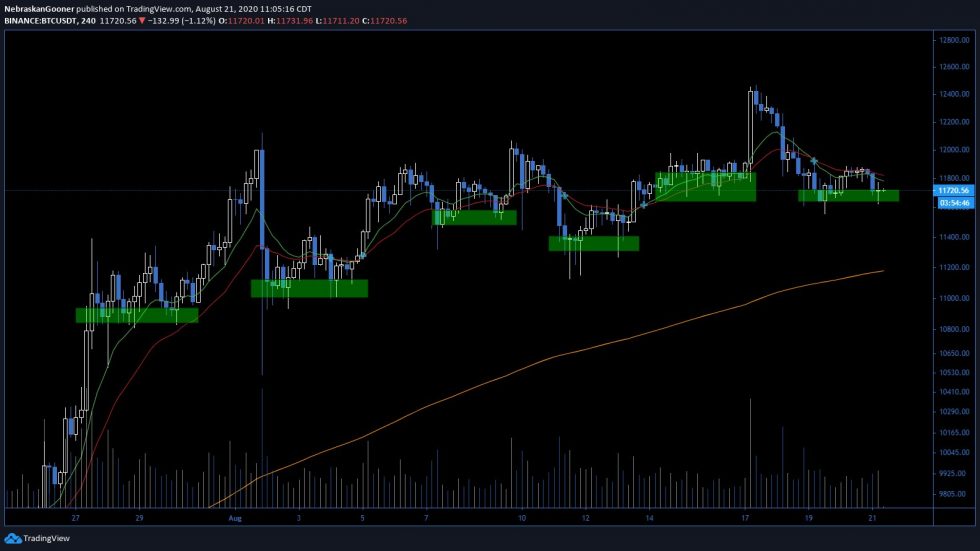 The analogy fits well with what Mr. Ishikawa said about the US dollar’s rise. With that said, as long as the Federal Reserve is willing to continue its open-ended bond-buying program and to maintain its benchmark lending rate near zero, the greenback’s bias would remain bearish.

Meanwhile, the same sentiment would keep Bitcoin on the path towards $12,000-retest, followed by a breakout. Analyst Lark Davis weighed:

“The bitcoin break out has an implied target near 13,800 which is a massively key level for us to crush since it represents to top of the 2019 bear rally.”

Calls for Bitcoin Breakout Above $50,000 Grow; 3 Reasons Why

Calls for Bitcoin Breakout Above $50,000 Grow; 3 Reasons Why