Bitcoin Under Pressure as Focus Shifts on Wild Crypto Rivals

Bitcoin has every reason to continue its upside rally for the rest of this week, ranging from Tesla’s $1.5 billion investment to Twitter’s consideration of holding it. Nevertheless, the flagship cryptocurrency is going down.

The BTC/USD exchange rate corrected sharply after hitting its record high of $42,000 on Tuesday, pointing to a spike in profit-taking sentiment among daytraders. As of Thursday, the pair was down by more than 8.5 percent from its local top, albeit sustaining its long-term bullish bias.

Its correction largely coincided with a drop in Bitcoin Dominance Index, a metric that calculates Bitcoin’s market share against the entire cryptocurrency market, which includes large-cap digital assets like Ethereum, XRP, Binance Coin, and Cardano. On Tuesday, the index was as high as 64.76 percent. It turned lower to 61.48 percent on Thursday. 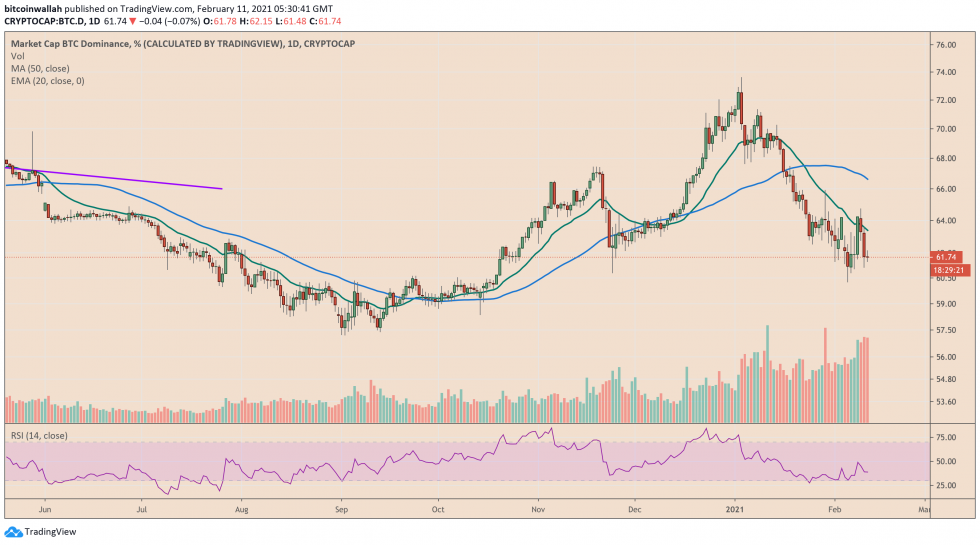 The reasons were visible in the altcoin market performance this week. Cardano blockchain’s native token ADA surged by up to 23 percent against Bitcoin. Polkadot’s DOT inched upward similarly by more than 9 percent. Meanwhile, Avalanche’s AVAX jumped into higher ranks by surging more than 118 percent.

Overall, the altcoin market added up to $79.5 billion this week to push the cryptocurrency market valuation above $1.4 trillion. Bitcoin lost about $77 billion from its local top, as calculated from its record high market capitalization of $897.9 billion. That reflects a higher degree of portfolio reshuffling in the cryptocurrency space.

Bitcoin has a history of undergoing vast corrections after recording parabolic rallies. In many instances, traders moved their capital out of the flagship cryptocurrency. They put them in oversold altcoin rivals, leading to the so-called altseason. Once altcoins marked their peaks, traders flocked back into the Bitcoin market to resume its rally.

More so, the rally in the altcoin market concerns majorly projects that compete with Ethereum. The fees on the second-largest blockchain have increased substantially following its bull run. That is pushing many speculators out of Ethereum markets to bet on its rivals, including Avalanche, Matic, Celo, and many other smart-contracts platforms. 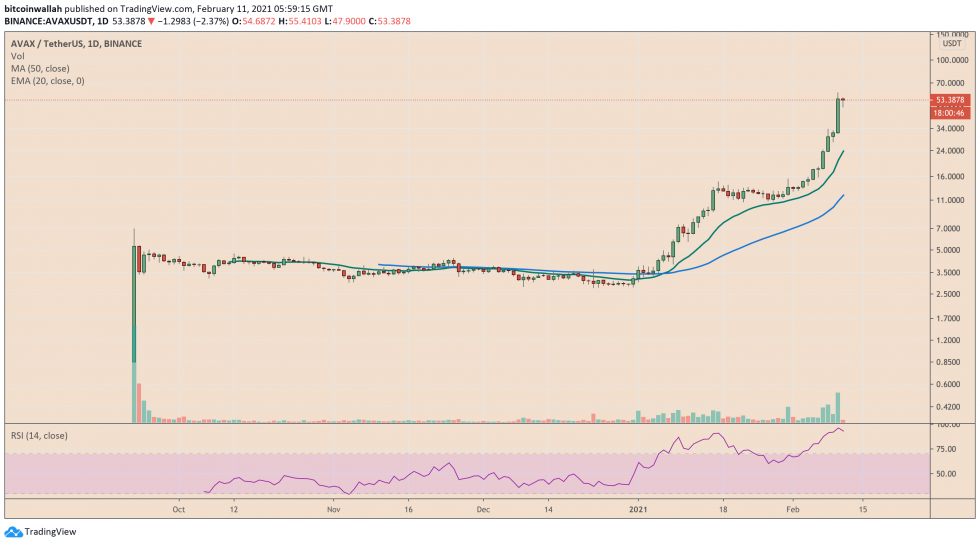 Multi-chain network Avalanche is one of the best performers against Bitcoin and Ethereum. Source: AVAXUSDT on TradingView.com

The cost to purchase one Ethereum token has dropped 6.58 percent from its record high of $1,839.

What’s Next for Bitcoin?

Notably, Ethereum fees need to come down to reduce speculation in other markets. In turn, that could limit Bitcoin’s downsides in the short-term as the cryptocurrency continues to maintain support above its 20-4H exponential moving average (the green wave in the chart below). 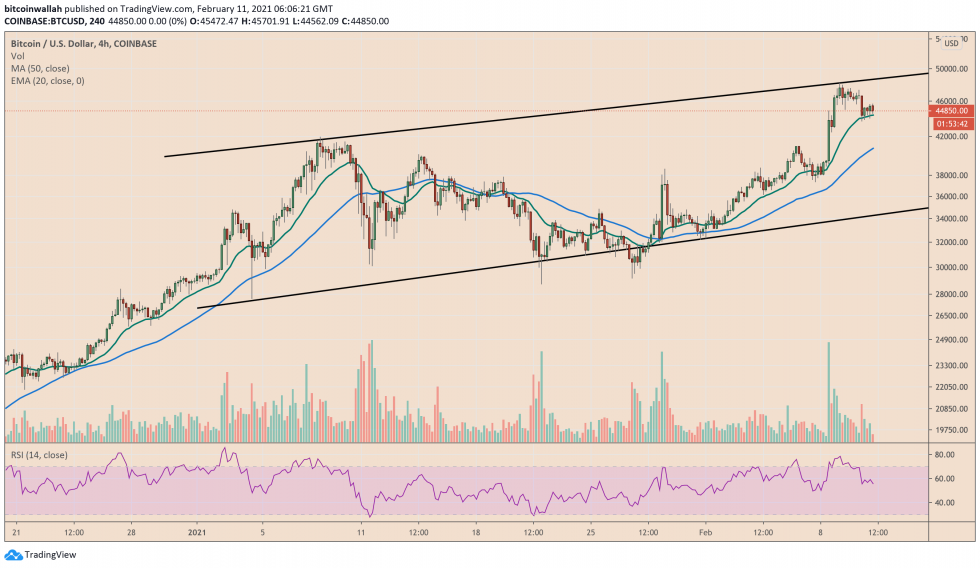 Fundamentals remain supportive. On Tuesday, Federal Reserve Chairman Jerome Powell admitted that the US economy had not realized the coronavirus pandemic’s total impact on labor markets. He added that the Fed would need to continue its dovish measures to guarantee maximum employment in the future.

“We expect that it will be appropriate to maintain the current accommodative target range of the federal funds rate until labor market conditions have reached levels consistent with maximum employment and inflation has risen to 2 percent and is on track to moderately exceed 2 percent for some time,” Mr. Powell stated.

That expects to push investors away from cash-based and riskier assets and turn back to safe-havens like gold and bitcoin. Tesla’s investment into the cryptocurrency now serves as a benchmark through which other corporates can explore alternative reserves assets to protect their balance sheets from the “dollar devaluation.”

On Wednesday, Twitter’s CFO Ned Segal said they might exchange their greenback reserves for Bitcoin.