Earlier this month, Ethereum developers rolled out the final public testnet for the long-awaited ETH2 upgrade. The upgrade, which will be rolled out in multiple parts over a year or 2, is set to change how ETH operates; with ETH2, staking and sharding will be implemented, allowing for a network that should is faster and more decentralized.

The testnet has been dubbed “Medalla,” and it operated fine for a number of days.

On August 14th, though, reports began to spread online that something went wrong with Medalla.

In a post that rose quickly to the top of the Ethereum subreddit, a user shared the chart below. It shows that the “participation rate” of Ethereum validator nodes, which earn rewards for “staking” their coins, had plunged from ~75% to ~5%, then to 0%. 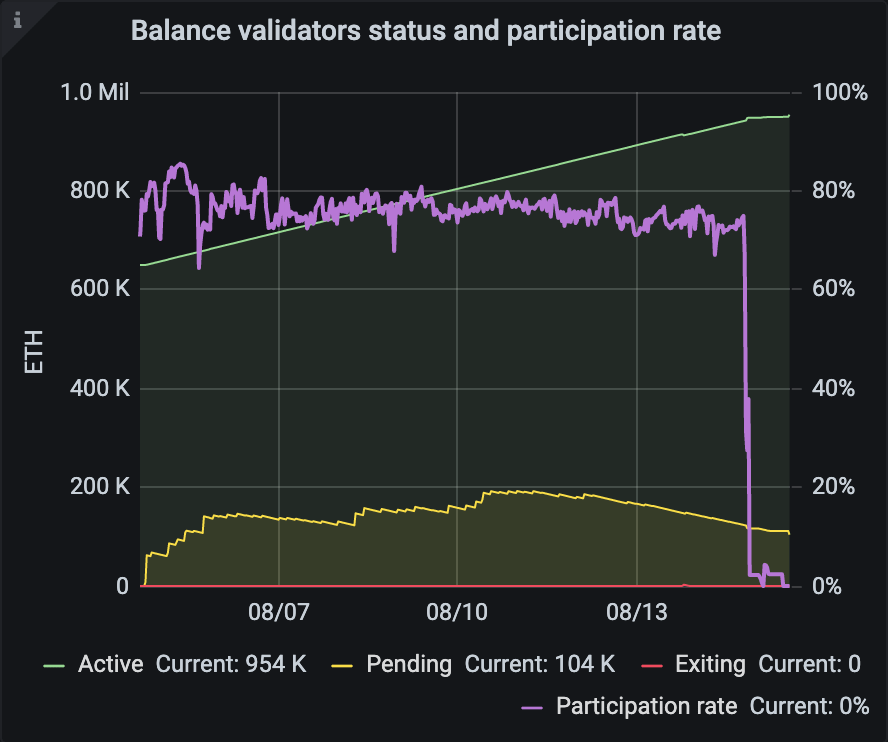 It was later explained by Preston Van Loon of Pryismatic Labs that there was an outage due to a bug in how Prysm clients track time:

“At approximately 17:30 UTC, @terencechain observed their clock was adjusted to 4 hours into the future. Shortly after, our pagers started going off, and then user reports started to flood in on discord. Something was really wrong. In the Medalla testnet, validator participation plummeted faster than $YAM. From 75% to nearly 5% or less. It was all hands on deck for the @prylabs team.”

Fixes have since been implemented, though developers are still trying to find the root cause of the event. It’s important to note that this is just an issue with one client, but since it was the most-adopted client, most validators were affected.

What’s Next for ETH?

In terms of ETH’s price action, analysts think there is heavy resistance ahead but remain cautiously optimistic. As reported by Bitcoinist previously, one trader said on the matter:

“ETH / USD: Weekly close looking completely nuts right now, I guess $475 would be the next major level of resistance. Probably expect a pullback to around $400 level before the end of the month to confirm this level as support but overall this is looking more bullish than ever.” 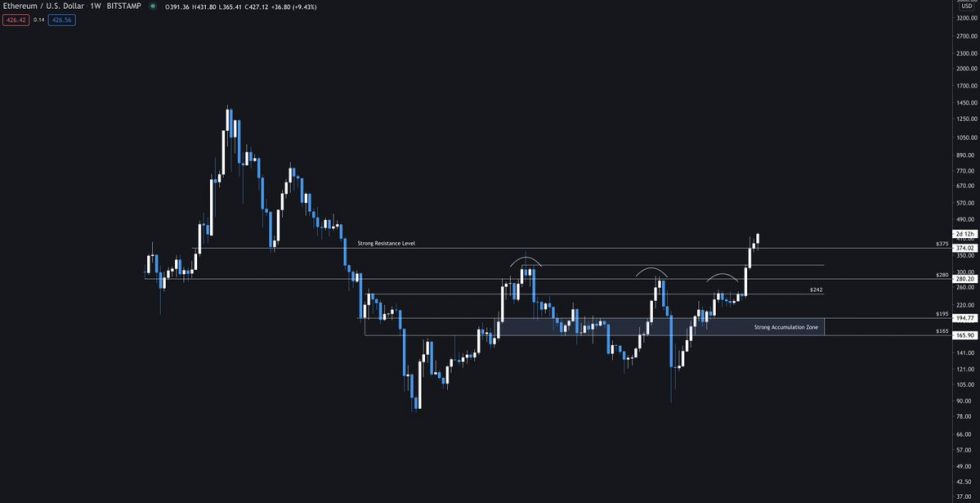 At the end of the day, though, Ethereum may just follow the directionality of Bitcoin.