Here are the Simple Reasons Why Bitcoin May Soon Explode Past $10,500

Bitcoin has seen some mixed price action over the past several days and weeks, struggling to garner any decisive momentum while it trades firmly within the $9,000 region.

This stability was put in jeopardy yesterday, however, as the cryptocurrency’s buying pressure faltered as sellers stepped up, forcing it down to lows of $8,900.

From here, the crypto rebounded back into the lower-$9,000 region, as bulls spent the rest of the day slowly pushing it higher.

Analysts are now noting that Bitcoin appears to be well-positioned to see significantly further near-term upside, and there are a few simple reasons why one trader is expecting a movement to $10,500 in the near-term.

At the time of writing, Bitcoin is trading up over 4% at its current price of $9,550. This marks a sharp climb from its daily lows, and it is sitting just a hair below highs of $9,600 that were set earlier this morning.

It does appear that the benchmark cryptocurrency is well-positioned to see further upside as a result of its recent rebound.

The latest decline, however, has confirmed that the region between $9,700 and $10,000 is laced with heavy resistance. Buyers in their current state may struggle to surmount this.

One factor to consider is that the latest rally appears to have confirmed the significance of the support in the upper-$8,000 region.

A popular trader recently offered a chart showing the potent reaction to this level, also highlighting that the defense of this level is what sparked the previous movement up to $10,500 just a few weeks ago. 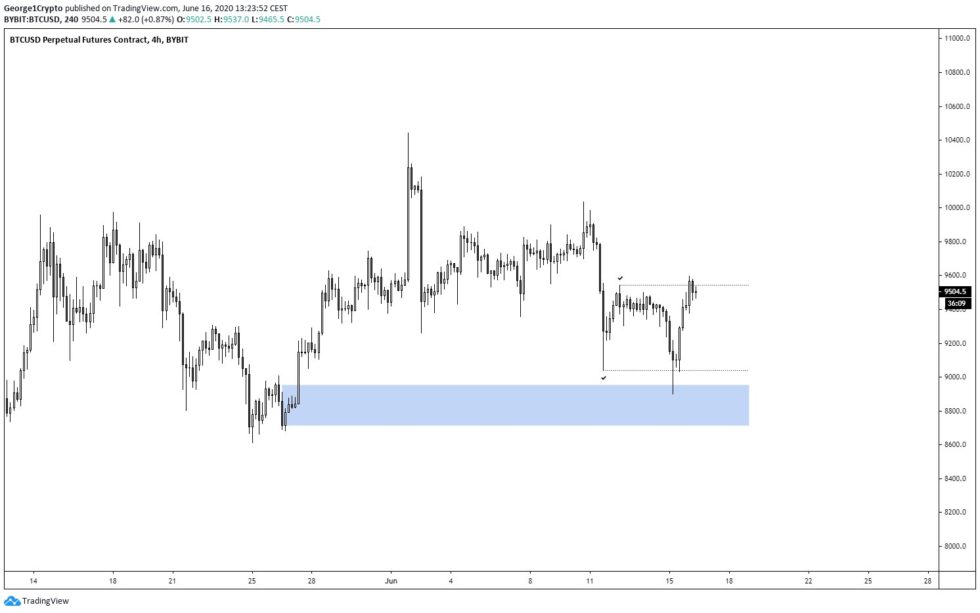 Here are The Simple Reasons Why This Trader Thinks $10,500 is Imminent

Another respected trader recently explained that there are a few simple reasons why he believes a movement to $10,500 is imminent.

Among other things, he points to this being the third time Bitcoin’s macro supply zone is being tested, the finite number of sellers at this level, and its over-month-long consolidation as reasons why this level won’t act as resistance for much longer.

He spoke about this in a recent tweet, while offering the bullet points for why a movement past this level is imminent within the chart seen below: 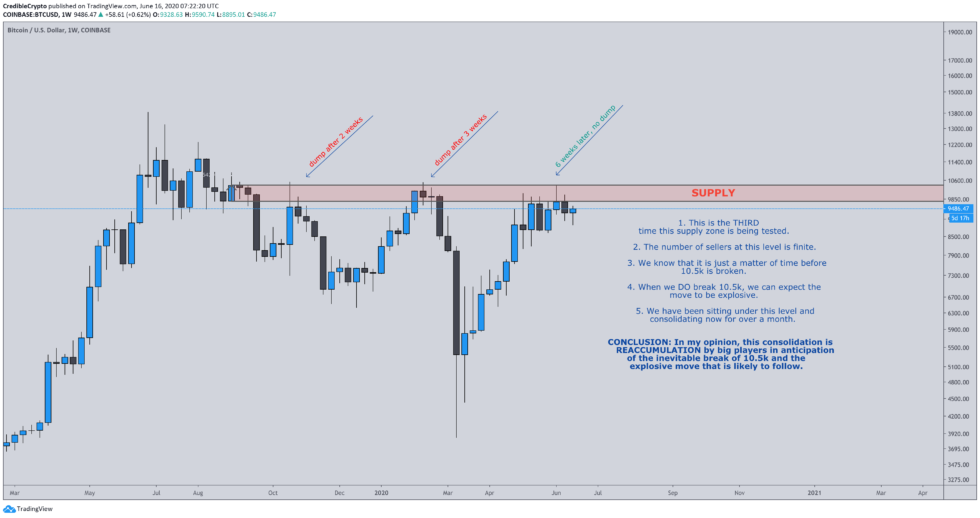 TWTR Stock Down 1%, Twitter Slammed by Indian Tech Ministry for Failing to Comply with New Rules