Holding Above This Key Level Could Send Bitcoin to $14,000; Will This Happen?

Bitcoin is currently trading within the consolidation channel that it has been caught within for the past several weeks.

The benchmark cryptocurrency’s buyers and sellers have both reached an impasse, and there have not been any clear catalysts to spark movements in either direction.

BTC has been inching lower as of late, but analysts are noting that there is a level just slightly above where it is currently trading at that could trigger a movement past $10,000.

If this occurs and it is able to break above its high-time-frame resistance at $10,500, the crypto could then see an explosive parabolic rally that sends it to its 2019 highs of around $14,000.

Bitcoin Could Soon Close Above a Critical Level

At the time of writing, Bitcoin is trading down over 4% at its current price of $9,400. It has been trading within the mid-$9,000 region for the past several weeks.

It has been subjected to heightened selling pressure over the past 24-hours due to the recent rejection it faced at $10,000.

This marked the latest in a series of harsh rejections at this price level, and it further confirmed that buyers do not have an edge over sellers presently.

One popular analyst recently explained that it’s imperative that Bitcoin finds acceptance above $9,820, as this marks the upper boundary of a 43-day trading range.

If it is able to hold above this level, the crypto could be positioned to rally towards $10,100.

“Today should be trying to find acceptance above $9820-9850 which acted as previous 43 day range high. Looking to long just below 9820 and expecting some shorts to close out around that area if/when given the chance,” he explained while pointing to the below chart. 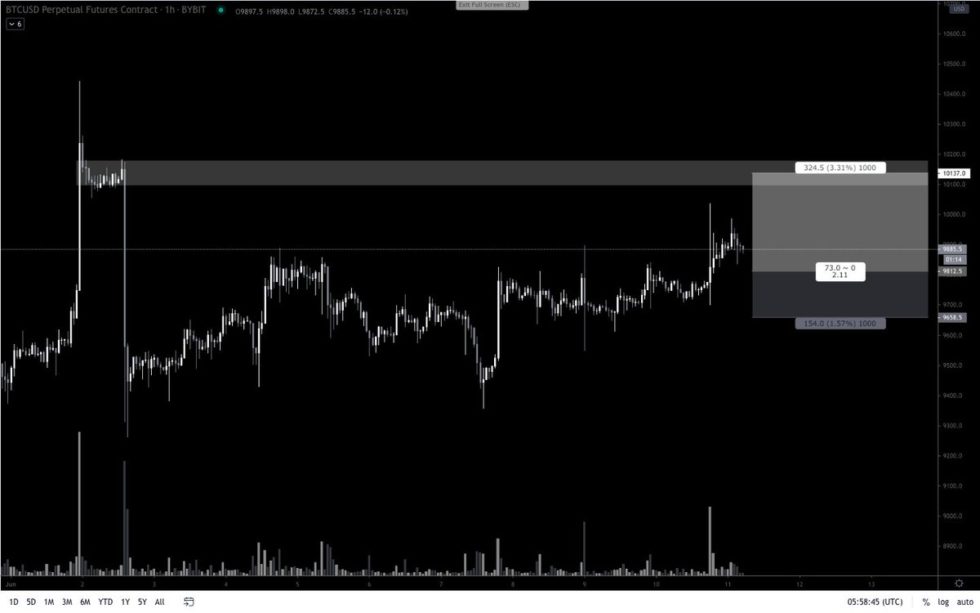 Analyst: This Path Forward Could Lead BTC Towards $14,000

Another analyst explained that it is imperative that buyers lead Bitcoin above $10,500 in the near-term.

This is the level at which BTC has faced three harsh rejections at over the past six months, and an invalidation of the “triple top” formation that is currently in play would be extremely bullish.

The trader said that a firm close above this level would open the gates for a swift rally to $14,000.

“If 9.8k fails here, might be time to complete the final leg of this flat. Will also likely be the last time you will get a chance to buy sub 10k for a while because after this flat completes we should finally take out 10.5k and push onwards to 14k+,” he said. 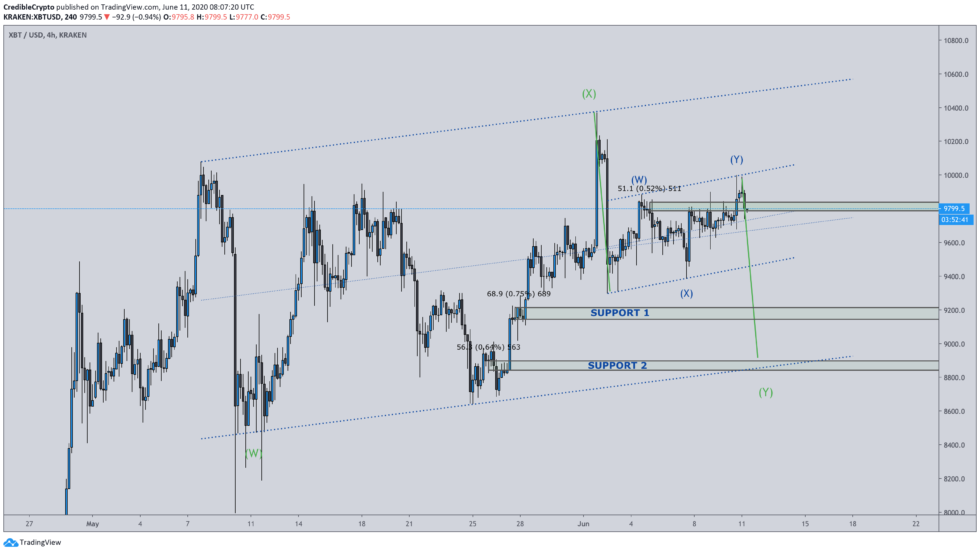 If buyers are unable to reverse the selloff seen by Bitcoin this morning and push it past $9,820, the crypto could be in for some serious downside.