No, Crypto Investors Are Not Fleeing Coinbase In Droves

Over the last several weeks, popular crypto exchange Coinbase has been surrounded with negativity, prompting another round of the #DeleteCoinbase campaign.

And while initial blockchain data made it seem as though the social media hashtag had been having an impact, a deeper dive suggests that cryptocurrency users aren’t exiting Coinbase in droves as first suspected.

Coinbase became synonymous with Bitcoin and cryptocurrencies in late 2017, earning app the #1 spot on the Apple App Store for iPhone and iPad.

But since then, it’s reputation has been dragged through the mud, namely due to the popular cryptocurrency exchange unable to remain in operation during extreme market volatility.

Chart comparison data has shown that the San Francisco-based giant’s platform goes down with just about every $500 or more movement in Bitcoin price.

Not being able to buy or sell holdings during the most profitable market movements defeats the purpose of keeping cryptocurrency on an exchange for trading. Chatter from upset crypto traders and investors spread across social media.

But while users were indeed annoyed, and analysts were quick to point out the exchange’s shortcomings, it hadn’t yet resulted in widespread outrage.

Flash forward to last week, however, when news broke that Coinbase would soon be providing blockchain and cryptocurrency analytics and traceability tools to many government entities such as the United States Internal Revenue Service.

Many cryptocurrency investors and traders look to the technology for digital privacy, and Coinbase openly working with entities such as the IRS has left a bad taste in the mouths of its users.

Dozens of online comments suggest that users were ready to transfer their crypto away from the platform, and initial data had shown 31,000 BTC being withdrawn from Coinbase within a single day. 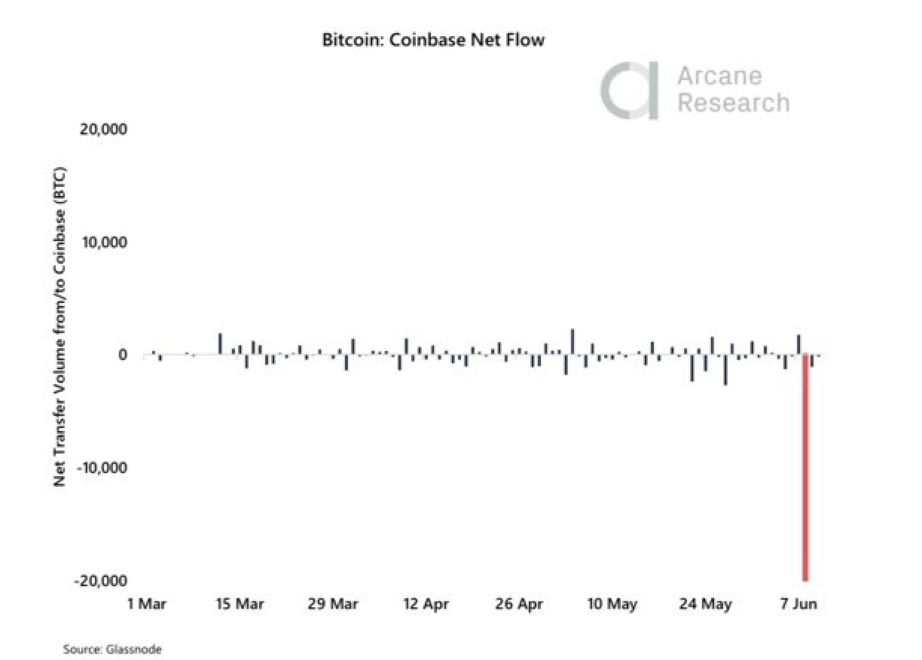 Data from glassnode compiled by Arcane Research shows that the bulk of the BTC, however, was Coinbase “creating new cold wallets and reshuffling funds.” 20,000 BTC of the 31,000 BTC moving was not a reflection of the impact of the #DeleteCoinbase campaign that has developed across Twitter and elsewhere.

I closed the @coinbase account (opened a few months ago). Like Must, they answered me (blue check) when I complained but ignore the regular person. https://t.co/YqWWUQHwtc

Lebonese-American author Nassim Nicholas Taleb had a public spat with Coinbase via Twitter, revealing that he closed his account due to the poor customer service response so many others report. Prior to this, however, just months ago Taleb was advocating that Lebanese citizens – currently experiencing a currency crisis – to purchase cryptocurrencies.

Word of mouth is a powerful tool, as are social media campaigns. Coinbase will need to find a balance that caters more to the needs of the cryptocurrency users and less to regulatory partners if it wants to continue to grow its user base ahead of the next bull market.