This Historically Accurate Trader Thinks Ethereum Could Plunge Towards $300

Ethereum is primed to move lower after the leading cryptocurrency underwent a strong bounce from its recent lows.

“savage sell off market wide, i think $eth is now the clearest on all timeframes. i believe 5 wave up from the lows is now complete, confimred with a 5 wave decline from the highs on 4h, where anoy move up from here i will be looking to short and treating as counter trend.” 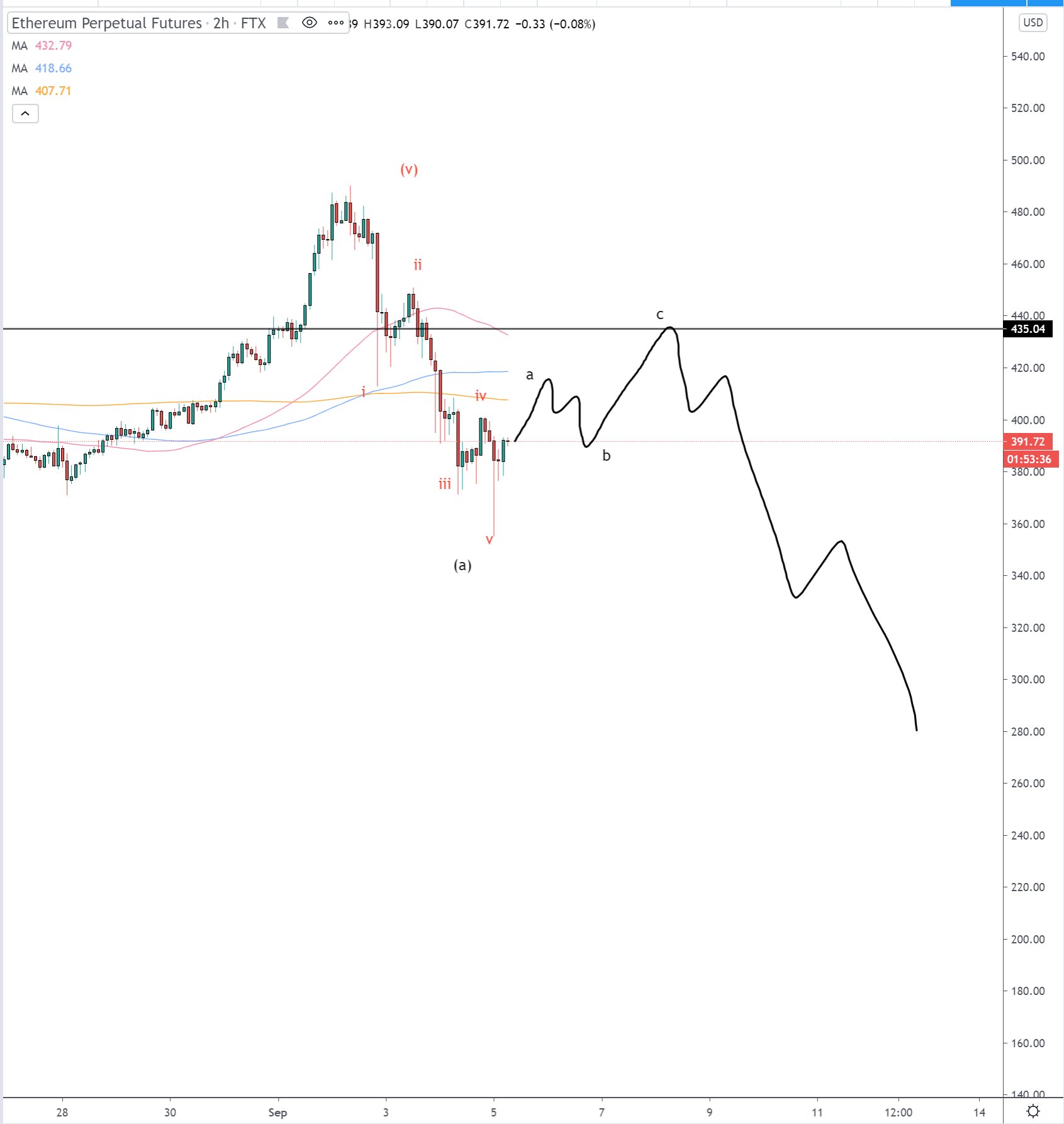 Corroborating the expectations of a short-term bounce is the ongoing state of ETH futures. According to ByBt, a crypto derivatives tracker, the funding rate of leading ETH futures markets are currently slightly negative.

Bitcoin To Dictate The Trend of Altcoins

Bitcoin — and Ethereum — may have room to move to the downside.

Cole Garner, a crypto-asset market analyst, recently shared the chart seen below. It shows that Bitfinex investors have begun to build a buy wall around the $8,800 region on Bitcoin’s chart.

This is relevant as Bitfinex’s order book has managed to predict BTC’s price directionality over recent months. For one, prior to the rally from the $9,000s to $12,000 in late July and early August, there were strong bids supporting the Bitcoin price on Bitfinex.

“Nice to see you again Bitfinex Whale. Smart money has their bids sitting at $8800. I expect the bottom will likely be around there,” one analyst explained while pointing to the below chart, highlighting the bids in the region. 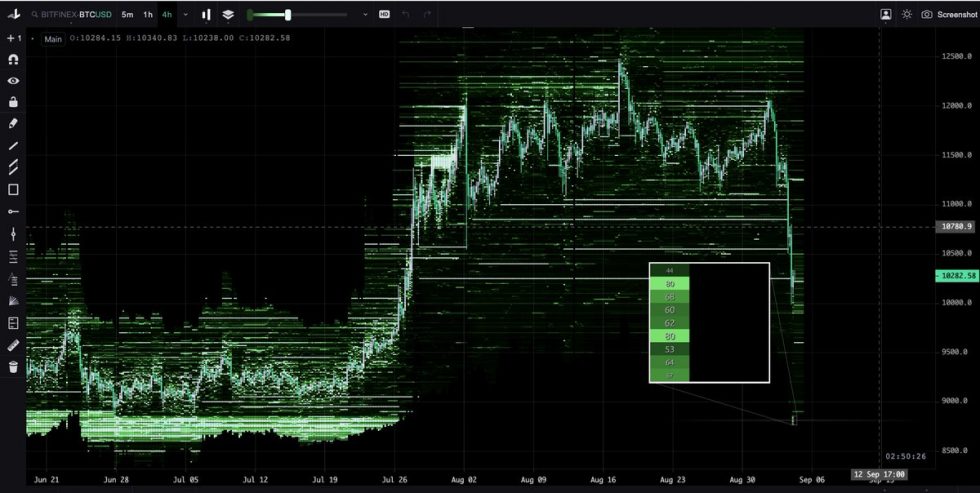 Bitcoin and Ethereum may not get that far, though. Many analysts are eyeing the $9,600-9,700 price region as a place for Bitcoin to bounce, as it would cement that the region is support as opposed to resistance.

If History Rhymes, Bitcoin is Likely to Start Developing a Long-Term Bottom