Despite plunging at the end of last week, Bitcoin closed the seven-day timeframe with a green candle ticking higher by 3.21 percent.

That marked the cryptocurrency’s second weekly gains in a row after crashing to as low as $8,680 in the previous one. Technical factors, such as a sound medium-term resistance level near $10,000 and equally powerful support above $8,500, helped bitcoin trend in the range. 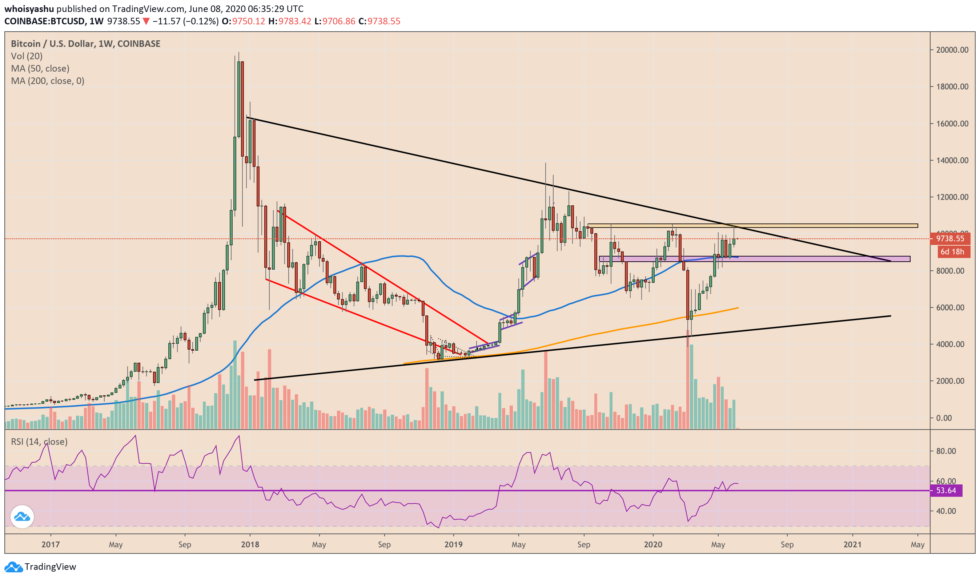 Nevertheless, the cryptocurrency is heading into a week that would see the Federal Reserve shedding further light on the economic reality. The central bank will conduct its two-day monthly meeting on Tuesday and Wednesday. The outcome of the meet will decide the next direction of Bitcoin prices.

The Fed’s meeting is crucial because it allows investors to plan their trades per the economic projections.

If the central bank sees a slowdown ahead, then it may push people into the safety of haven assets, mainly cash. Meanwhile, if they see a slow growth but are still adamant of aiding the market with a stimulus program, then it may raise the appetite for risky assets.

Bitcoin works both as a safe-haven and a risk-on asset, depending on the macroeconomic situation. Investors pick the cryptocurrency to manage their portfolio risks. That said: if the Fed continues to keep its interest rates near zero and buy bonds endlessly, it may increase Bitcoin’s appeal against an overblown stock market.

Part of the reason is the stock market rebound itself. Since March 2020, the benchmark S&P 500 has logged a V-shape recovery. It has allowed some investors to see a continued bull run. At the same time, others are skeptical about the upside move’s longevity, stating that it is plucked from reality. 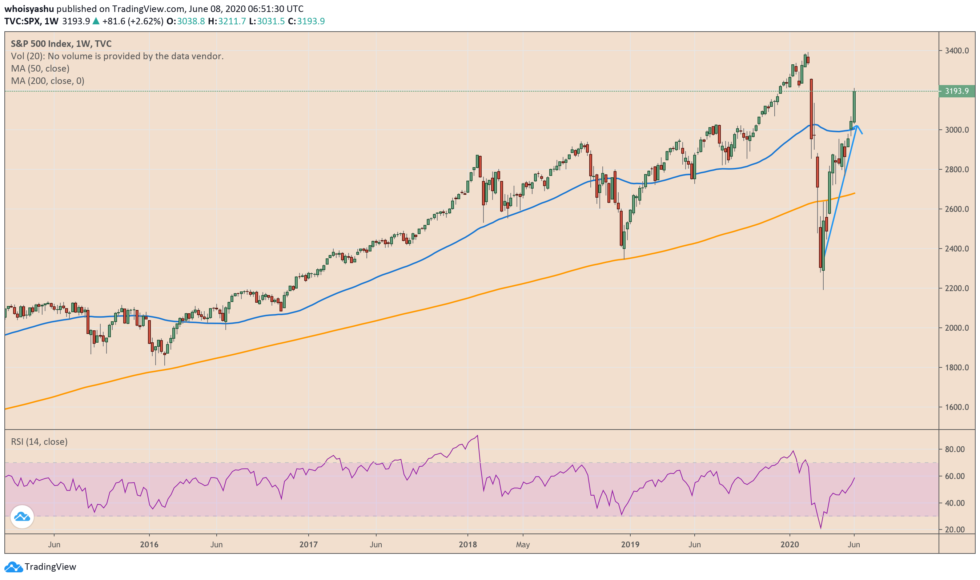 The Fed may clear many of these doubts by Wednesday. If the economic recovery is substantial and continues to receive support from lower interest rates and fiscal stimulus, the S&P 500 could keep heading higher. In turn, Bitcoin could surge based on similar catalysts.

That would mean a clear breakout above the $10,000-resistance level. It would bring more traders to go long on the cryptocurrency, especially after a general consensus sees it reaching $20,000 by the end of this year.

Meanwhile, Bitcoin’s upside rally would risk exhaustion if it decouples from the U.S. equities. That puts the pressure on technical supports near $8,500, $8,000, and $7,500 to hold the cryptocurrency’s gains. If they fail, bitcoin could fall towards $6,300 for the last support retest of its long-term moving average (orange wave).